He’s a craftsman, not just good with his hands, an artist, an artisan, the man you go to when you need something a bit special. Years of making wonderful objects have given him an eye for beauty and the skill to create it and if he can’t do it then he knows a man who can. But now he’s older and no longer hale and hearty and the body won’t let his hands do what they could do before. The old comfortable clothes and wreathes of pipe smoke still mark out the well known local character but a new chapter is beginning.

I could be writing about Bill Sawyer, the main character in Bernard Pearson’s first novel but in reality that was a shorthand portrait of Bernard himself. I’ve known him for over 20 years now and have handed over more money for things he’s made than I care to think about, beautiful finely detailed sculptures, unusual candles and interesting pottery figurines by him decorate my home and I wouldn’t have it any other way. Unfortunately he can’t sculpt any more, he can’t hold the tools long enough and steady enough for the work, but he can tell stories and what wonderful tales he tells, and has told over many years and many, many more pints of strong Somerset cider and so the new chapter begins…

Dovetail isn’t Bernard’s first foray into print, fourteen years ago he collaborated with Terry Pratchett to produce The Discworld Almanak, the first book to exist in our world that was specifically mentioned as an existing publication in Terry’s Discworld series of novels. Since then, with his wife Isobel, and the team at The Discworld Emporium in Wincanton there has been several other books and diaries set within Terry’s fantastical imaginary world. Towards the end of his life Terry told Bernard to try writing something of his own and this first novel is the result. It’s not high literature, it’ll never make the Man Booker short list, or even the long list for that matter but that isn’t what Bernard or indeed his readers are aiming for. What he has produced is a cracking good read with the eye to detail that distinguished his sculptures now turned to give depth to the characters and draw you along through the book as you get to know them and the twists and turns of the dodgy antique furniture trade.

As stated above, Bill Sawyer is a craftsman, one of the best, a man who can repair something old so that an expert wouldn’t know he had touched it or, if the need arises, can make something centuries old that didn’t exist last month. Known throughout the trade in the UK his fame, and skill, is about to get him into a lot of trouble and he wants to retire. He’s ill, just how ill is revealed as you read through the book, and it’s going to affect not only his work on this last unwanted project but his ability to protect those he cares for and he so desperately needs to be able to do that.

The book starts with a fire, one of many on the 5th of November, which is bonfire night here in the UK, a date redolent of history and violence, then jumps back three months as the remaining 345 pages tell the story of how and why the conflagration came about and you very quickly want to know the how, why and especially the who of that particular inferno. It’s a genuine page turner, I found it difficult to put down even when sleep was the obvious thing to do at that time of night. 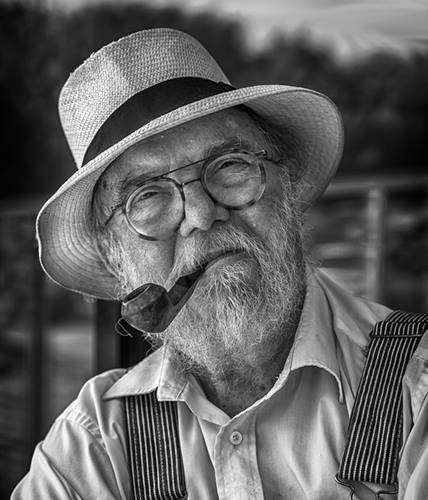 Bernard used to be a policeman as a young man and knows about evidence and how untrustworthy it can be and how experts can be fooled especially when they don’t want to be (oh the stories). Actually he probably knows more about how to do all sorts of things you are not supposed to do at a police house without senior officers finding out than just about anyone alive but that really is another story. He’s a teller of tall tales, always has been, always will be and because they always contain a solid foundation of truth they are all the better for it. God knows what nugget from his memory was the foundation for this story, maybe I’ll find out one day over some cider, maybe I won’t, but I don’t mind as long as he writes some more.

The book is self published and available from No 41 Publishers which is presumably Bernard himself (or more likely Isobel as easily the most organised of the two) as 41 High Street is the address of the Emporium. My copy is dedicated and numbered although this isn’t really a limited edition book. All my limited edition sculptures by Bernard (and there are quite a lot) are number 128 of however many were produced even when there was less than 128 made… 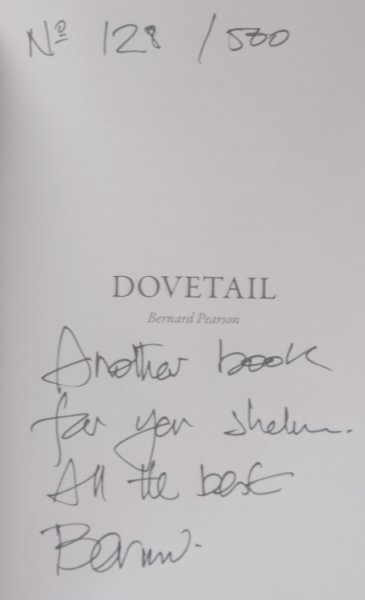 The photograph of Bernard is by Len Brook, another artist of my acquaintance and a photographer of considerable skill who also has a few tales he can tell.