This was not the book I expected to be writing about at the beginning of June as the publication date is not until the 24th of this month, but on the 31st May a wonderful package arrived and I couldn’t help abandoning what I had been reading and starting on this beautiful volume straight away. 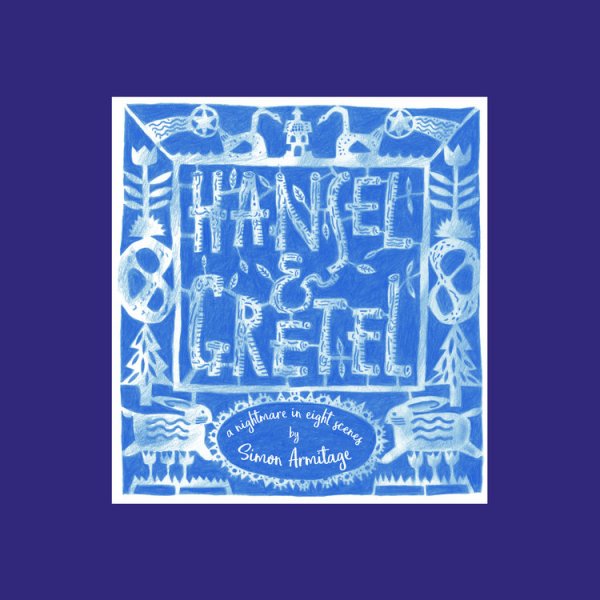 Simon Armitage has just been made the Poet Laureate for the next ten years and this is therefore his first newly published work since that honour. The poem originally appeared as a ‘libretto’ to a puppet production designed and directed by Clive Hicks-Jenkins which toured England between July and November 2018 but this is its first book publication.

You can see the entire production with the darkly appropriate music by Matthew Kaner, performed by the Goldfield Ensemble here

Clive Hicks-Jenkins has produced a wonderful series of illustrations for this book published by Design For Today. These are clearly based on the theatre production without being limited by his original work. 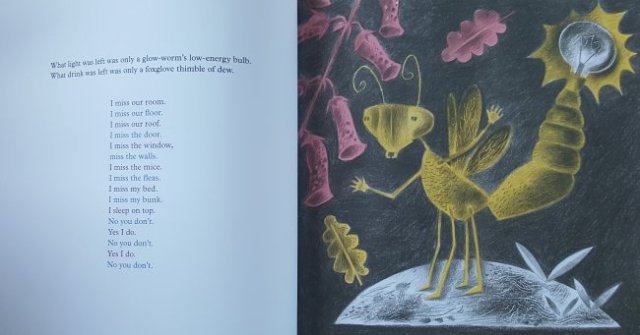 The subtitle of the poem is ‘A Nightmare in Eight Scenes’ as the Hansel and Gretel story has been re-interpreted as a modern tale of refugees from a war zone. Without giving too much away the family are starving as the bombs rain amongst them at the start of the book and the parents decide to at least get the children away from there to somewhere where they stand more chance of survival. Hansel and Gretel though mishear their parents planning and think they are simply to be abandoned. This is not the only time that mishearing becomes a plot device in the poem.

As in the original Brothers Grimm tale there is a ‘witch’ and a gingerbread cottage, a trail of stones, a trail of breadcrumbs and abandonment to avoid famine followed by a return only this time without the treasure that would lead to a happy ending. In the modern world of war meted out against helpless civilians there is rarely a happy ending…

The illustrations fit the text so well and the design of the book is beautifully done. I particularly like the colour coding of the words so that you know who is speaking, each character has their own colour as specified in the cast list at the start. 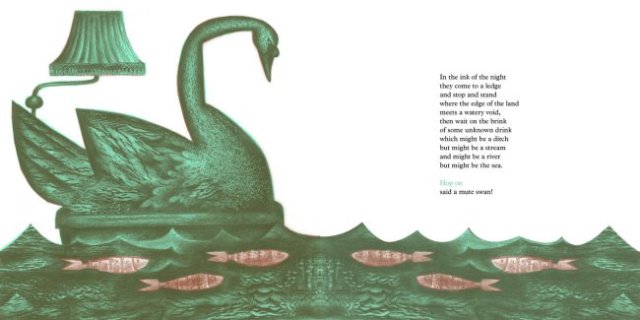 Oddly I’d never read any Simon Armitage before this but I will definitely be seeking out more of his work. According to his website there are a lot of books to check out

The total production run of this book is two thousand copies, of which one hundred form a further limited edition signed by Simon Armitage and Clive Hicks-Jenkins and which include two extra art prints. Mine is copy number twenty two. 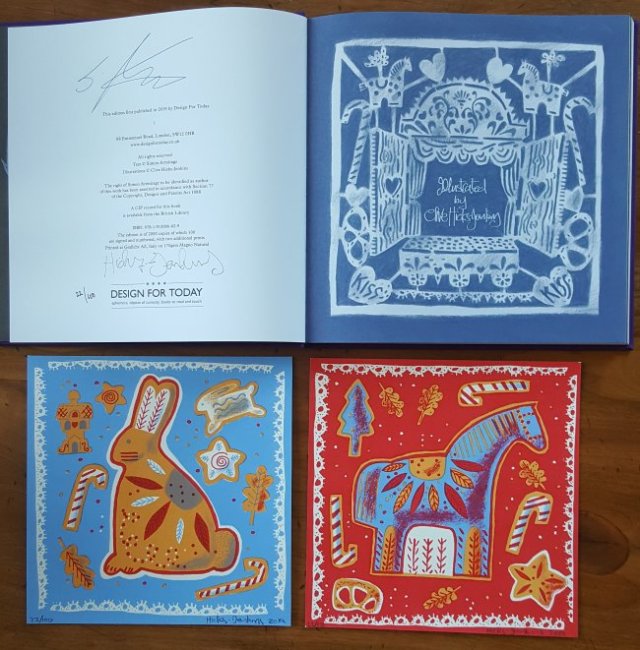